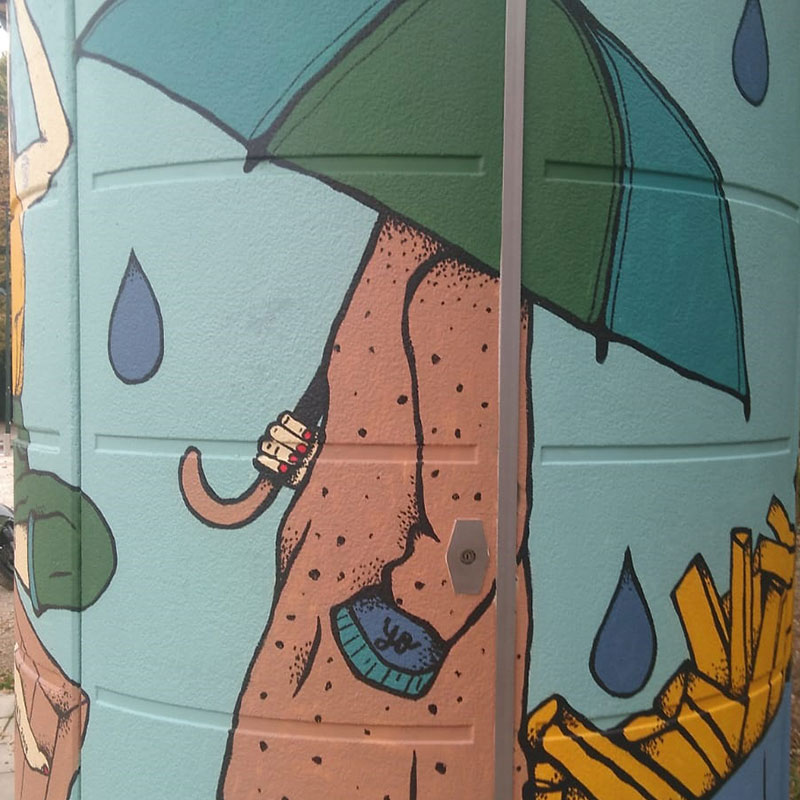 13PULSIONS is one of the three winners of the call for projects launched by the City of Brussels in July 2018 to decorate three public toilets. This type of project had been launched before and had been very successful. 13PULSIONS, Francois Tusséki and Tarik Bouanani were chosen to decorate a toilet next to the Atomium, on the Boulevard du Centenaire and on the Place Annessens.

This work represents a surreal and colourful metaphor of the city of Brussels; a city that, on occasion, can be experienced with a sense of magic and wonder and sometimes with an air of disillusionment and gloom. The characters depicted would like to believe that it is still unique and mysterious – yet, on closer inspection, the city is just like most cities. It also has its laws, likenesses and complications. The project makes reference to a series of objects known to Belgian (and Brussels) culture to highlight the singularity of this tourist area around the Atomium.